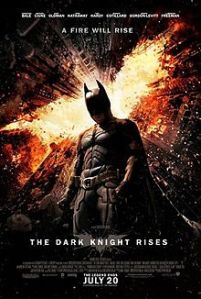 DISCLAIMER: This review is not an endorsement to see or to forbid to see this movie. The purpose of this review is the practice of discernment.

First of all you must begin by reading the biblical worldview synopsis of Dark Knight.

Afterward, you may be able to grasp that the only way in which Nolan could keep his hero standing at the one angle was through death and resurrection. It is to his credit that he had enough understanding of truth to recognize how the plot MUST play out (whether he comprehended that truth as Schaeffer’s true truth is irrelevant).

Bruce Wayne’s descent into the pit was inevitable. His defeat a miscalculation by his enemy. His ascent from the pit, like that of the Hobbit, was earthy. No superpowers employed. No Spiderman webbing to shoot from his wrist. Like Christ, he became like those he wished to save…beaten, despised, rejected…falsely accused.

Of course we know that Wayne as a Christ figure is imperfect. But as humans we all recognize the themes….sin…evil…substitution…redemption…death….resurrection.  Even Cat Woman was redeemed through Wayne’s example.

The horror genre is full of false starts and empty attempts to humanize monsters (such as Twilight’s vampires). Yet the Dark Knight has succeeded. E. Michael Jones states that monsters are created when the subconscious attempts to deal with guilt by those whose actions destroy the innocent. At that point the ONLY redemption is through repentance and resurrection.